So, you’ve made a lovely meringue but it fell apart when you tried to lift it off the banking paper. Don’t panic!

I had such lovely plans to make a pavlova from yesterday’s yummy vegan meringues. However, as you might have guessed, they fell apart. Doh! So instead of a beautifully layered pavlova, I’ve made (with exactly the same ingredients) an Eton Mess, which is basically the same thing but all mixed up in a bowl and equally delicious.

Meringue (I used up most of my batch from yesterday, minus the couple we “sampled” last night ;P )
1 can of full fat coconut milk
Vanilla extract
Strawberries

Scoop your meringue bits into a large bowl. To this we’re going to add some whipped cream, I used a half quantity of my basic coconut whipped cream which I slackened with a generous tablespoon of coconut water from the bottom of the can. I also added about 1/4 tsp of vanilla extract, but you could add more, less or leave it out altogether if you like. Whisk it all together using an electric hand whisk until it is the consistency of ‘regular’ whipped cream. Spoon half the mixture into the bowl and half into a sealable container and pop it into the fridge for another day.

Chop up about 150g of strawberries, roughly into eighths, and add them to the bowl too.

Then gently mix the ingredients together, you aren’t trying to get a completely uniform consistency so just mix gently. 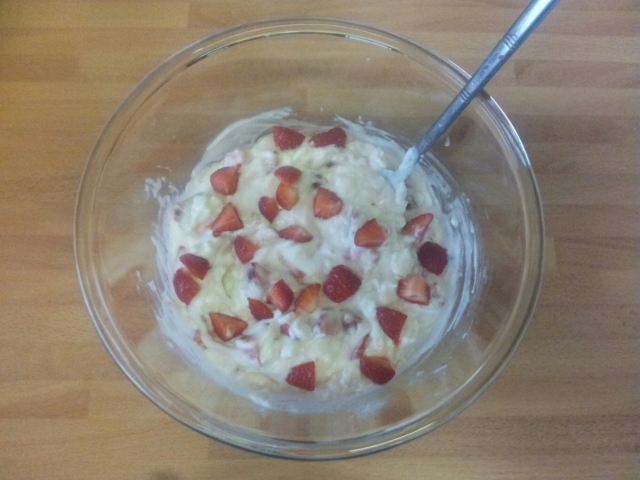 And that’s it! You could put it into individual serving dishes if you wish, or leave it in the big bowl to serve at the table. Enjoy!

Have you heard about the vegan meringue sensation currently doing the rounds on the internet? They are made from something you would normally throw away. Or, more accurately, drain away…

Any ideas? No? It’s the water from a can of chick peas! The reason this works is the proteins from the chick peas work in the same way as the protein in egg white. I’ll admit I was a little skeptical at first, but also curious enough to give it a go.

Preheat the oven to 100 degrees Celsius. I used my stand mixer with the balloon whisk attachment. Start by putting the chick pea water and vinegar into the bowl and whisking on high speed until you have stiff white peaks. I’ve read that you can’t really over-whisk and that some people have needed to whisk for a long time to get fluffy peaks, so hang in there and don’t stop too soon!

Once you’ve got your stiff peaks then add the sugar, one spoonful at a time whilst still whisking on high speed. Continue mixing until all the sugar has dissolved and the texture in smooth and fluffy, just like a traditional meringue.

Finally add the vanilla extract and whisk until all mixed in.

Form into whatever shapes you wish, I think it’s probably even strong enough to pipe. I decided to do one large and several individual size.

Place in the centre of your oven for about an hour and a half*. Once the time is up, don’t open the door, instead leave the meringues in the oven until they and the oven have completely cooled, at least 3 hours but longer if you can.

Now you’ll have some delicious vegan meringues to use for whatever fancy puds you desire! I’m thinking pavlova, maybe some Eton mess, who knows! I’m sure there will be recipes using this meringue-y goodness coming your way soon though 🙂

*I think mine actually needed to cook for longer as they were a bit gooey in the centre and the top broke off the bottom when I tried to remove them from the baking paper.

However the taste and texture of the top parts was excellent and I will definitely be trying this again. I think for a first attempt these are not too bad, and perfect for just shoving in my face an Eton mess type dessert 😉 Happy baking!

Can’t find what you’re looking for? 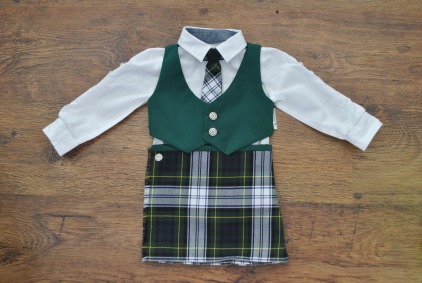 Deluxe kilt package with kilt, waistcoat, and matching tie. Also available are flashes and garters (not pictured). The complete set of kilt, waistcoat, tie and flashes is available for 0 to 3 years. 0-12 months: £45, 12-24 months £48, 2-3 years £50, all plus p&p. Please contact me for a quote if you would like a kilt outfit for an older child, or a particular fabric choice.

Made from a woven blend of 50% lambswool, 50% cashmere and fully lined with anti-static lining to make getting dressed easier. This piece is adjustable so will suit a range of sizes up to 20″ chest, or approximately 9-12 months. £16 + p&p.

Girl’s minky/jersey cape. Secures with plastic snapper and has a decorative bow under the chin. Size 0-1 year. £24 + p&p. 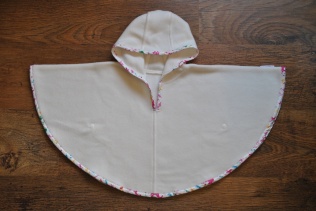 Girls tartan, pleated ‘kilt’ skirt. This skirt is made with polyviscose, and not wool, so it is machine washable and softer against the skin. It closes with a popper and a button, both of which can be moved along the inner front panel to increase the life of the skirt. For waist size 18/19″, approximately 3-6 months. £12 + p&p.

Boy’s deluxe kilt, made from polyviscose, and not wool, so it is machine washable and softer against the skin. It closes with a popper and a button, both of which can be moved along the inner front panel to increase the life of the kilt. Available up to age 3 and can be made from any of the tartans I have in stock. You also have the added option of choosing a specific tartan, changing to leather buckles instead of the button and popper, or if you would prefer your kilt made from wool (providing I can source the fabric!) These options may increase the price so please message me for a quote. 0-12 months: £20, 12-24 months: £21, 2-3 years: £22, plus p&p.

You can choose a waistcoat to complement the colour of your kilt. This waistcoat is made from beautiful soft cotton and has buttons to match the one on the kilt. For a really luxurious look for those special occasions you have the option to upgrade to velvet. Cotton: £16, Velvet: £18, plus p&p.

Girls tartan, pleated ‘kilt’ skirt. This skirt is made with polyviscose, and not wool, so it is machine washable and softer against the skin. It closes with a popper and a button, both of which can be moved along the inner front panel to increase the life of the skirt. For waist size 20″ up to 22″, approximately 2 years +. £12 + p&p.

Super soft jersey skirt with an elasticated waist. I have included an extra inch of elastic in the waistband so the skirt can be let out to increase its life. For waist size 20″+, approximately 2 years. £8 + p&p.